K-pop docu to be shown at Vancouver film festival

What's the real story behind the making of K-pop stars in South Korea?

A documentary film that chronicles the lives of the nine members of K-pop group Nine Muses will be shown at the 32nd Vancouver International Film Festival, which will run from Sept. 26 to Oct. 11. 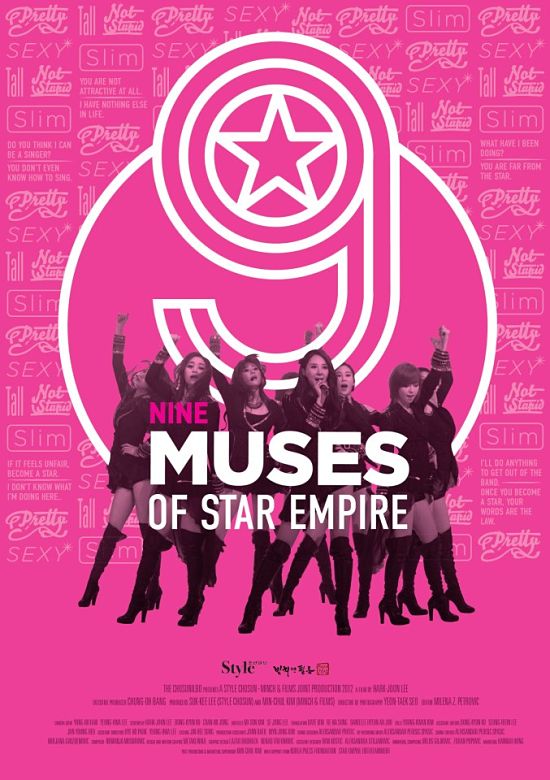 "9 Muses of Star Empire," produced by Style Chosun and Minch & Films, shows "a year-long chronicle that follows a journey of an all girl Korean pop group '9 Muses' in a world of jealousy, betrayal, and scandal."

Behind the perfect choreography, flawless makeup and glittery costumes that fans see is the hardships that the girls go through to become K-pop stars.

The 82-minute documentary is directed by HarkJoon Lee is part of the VIFF's Dragons & Tigers program that showcases films from East Asia.

These are part of the 341 films submitted to the festival from 75 countries.
Besides "9 Muses of Star Empire," other features from South Korea in the Dragons & Tigers program are "Burn, Release, Explode, The Invincible," "Lebanon Emotion," "Boomerang Family," "New World," "Our Sunhi," and "Garibong."

Feature films from the Philippines that will be shown at the festival are "The Spider's Lair," "The Youngest" and "La ultima pelicula."

"Ilo Ilo," a film about a Singaporean family and their Filipino housekeeper, will also be screened at the festival. Theater and film actress Angeli Bayani plays the role of the maid Teresa.

The Dragons & Tigers Awards Gala will showcase "A Touch of Sin" from China and Japan.

Don't miss any updates. Subscribe to this blog, add me to your Google+ circle or click the Google Friend Connect on the sidebar
at 7:23 PM

Email ThisBlogThis!Share to TwitterShare to FacebookShare to Pinterest
Labels: 9 Muses